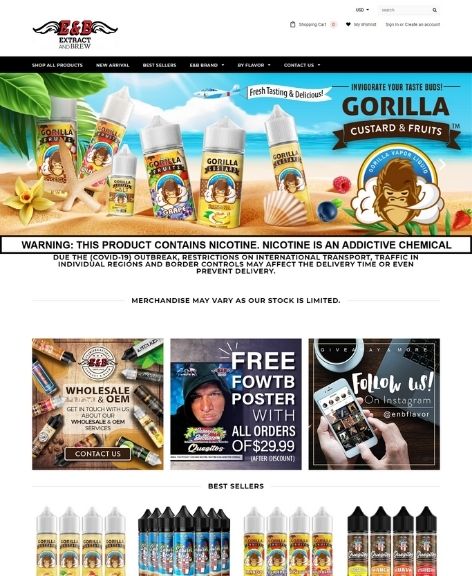 However, they approached TechiEvolve to improve their social media presence in the middle-east where their marketing efforts are not getting materializing.

One of the biggest challenges for us was the cultural and language barriers. Being a US-based company, it was difficult for us to understand the Arabian language. Another challenge was to find the local influencers as still vape is considered taboo in the middle east countries.

However, challenges are something that helps us to evolve as a better online digital marketer.

To overcome the challenges, we at TechiEvolve took a holistic social media promotional approach. Here are some key highlights.

The language was the biggest barrier, so we decided to hire local resources to write content. Translation tools are available on the internet, but they can’t match the native content. Hence, we hired a native Arabian content writer who curated content in the Local language.

Languages may differ, but the taste for quality image and graphics remain the same across the different countries. Hence, our focus was to create top-notch images and graphics for ENB social media profiles.

To increase the engagement, we created posts on products, puzzles, quiz, etc. to encompass more audience.

Successive posts helped ENB get a better audience reach, along with an improved engagement and an increasing CRO (Conversion Rate Optimization).

We have expertise in vape marketing, and we know how people trust people have in experts. Hence, we decided to utilize the expertise of the vape influencers to promote the ENB products.

However, finding the vape influencers from the middle east was not an easy task. Only a few models are available who are ready to work for vape brands.

Hence, we run a deep analysis and scrutiny to select the right influencer. Further, during the screening process, we need to keep the ENB standard in mind.

Working with the influencer helped ENB in gaining 37% more followers across the different social media channels.

Got An Idea? Connect With Us To
Discuss More!

When You Trust, We Deliver

Mail to Our Sales Department support@techievolve.com

Fill Out Your Details